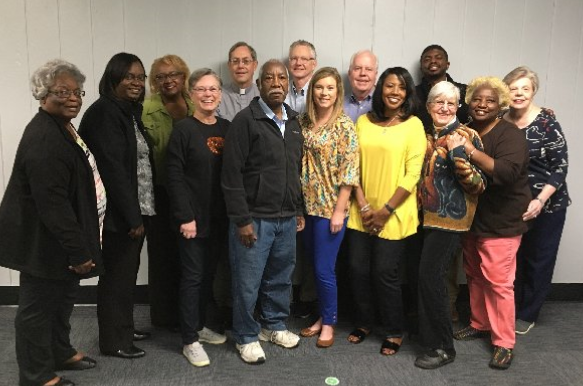 A group of dedicated and motivated members of the community comprise the Board of Directors’ who oversee the activities of HOPE.  HOPE is governed by 15 active Board Members who serve on      five sub-committees: Executive, Finance, Governance,  Programs & Services, and Facilities.

HOPE in Lancaster, Inc. provides assistance, resources and referrals that allow individuals and families in crisis situations the opportunity to recover from and move beyond short-term emergencies.

We envision a caring community where all people have the opportunity to become self-sufficient and sustain a fulfilling lifestyle.

We will routinely act as a dedicated advocate, guide and resource to our clients.

We will consciously listen and support with a caring heart to respectfully serve our clients during their time of need.

We will continually build and strengthen inclusive relationships and a culture of collaboration.

We will intentionally strive to exemplify ethical practices and moral accountability.

We will consistently operate in a manner that fosters trust with our stakeholders.

The Seal of HOPE The Seal of HOPE in Lancaster, Inc. is two circles surrounding a flaming urn which is supported by two hands.  The flames coming from the urn are the flames of a new beginning, the help that HOPE offers those in urgent need.  The hands supporting the urn represent those who have given to HOPE–given time, money, food, prayers, and concern.  Those hands represent each person who supports HOPE and makes its work possible.  By placing these helping, uplifting hands within two circles, the seal shows the continuity of HOPE’s task.  Just as a circle does not end, so HOPE’s commitment to the needs of Lancaster County will continue for as long as the community’s hands lift up these life-giving flames that offer help to those in need. In early 1982, Susan Preslar of the Department of Social Services recognized a need in Lancaster County for an organization that would help those in crisis situations.

In May 1982, she organized a meeting to be attended by interested citizens and representatives of the churches of the county.  About 50 people attended and 11 volunteers agreed to serve on a steering committee led by Rev. James White to establish such an organization.

HOPE in Lancaster, Inc. opened its doors on February 28, 1983.  In the nine months after the very first meeting until the doors were opened, building space, office equipment, supplies, a freezer and refrigerators were secured and the food pantry was fully stocked due to generous donations from the Residents, Churches, and Businesses of Lancaster County.  All at no cost to HOPE in Lancaster, Inc.

The goal and mission is the same today as it was in 1982 at that very first meeting:

To provide cooperative, short-term, emergency assistance to local residents, at a central location, through a voluntary association. Helping Other People Effectively, HOPE was born.